In 1818 families of Rev. Nathaniel Pinkard and son William G. Pinkard, William Heath, and brother-in-law Daniel Crume emigrated from Springfield, Ohio, settling in Bozzatown, Alton proper. Off Shield’s Branch, on Oct. 15th, 1818, they set up a “half faced” camp to assure a good defense against any threats from local native Indians. Here the party lived for two months. Major Charles Hunter, the proprietor of his land “Hunterstown,” made an offering of town lots free in exchange for Pinkard and his party settling and sitting up a pottery on his land. Thus, a cabin of round logs was constructed on Shields Branch, 100 yards from the covered bridge. As recorded in the History of Madison County, Illinois: (W.R. Brink & Company, Edwardsville, Illinois: pp 376-377),  Pinkard and Heath were the first known potters in Madison County and where known to have made “all kinds of earthenware for household use.”
Due to a growing demand for ware, the Heath and Pinkard pottery relocated to the nearby village of Upper Alton that offered a greater surplus of excellent potters clay, coal, and wood, coupled with the demographic advantage of Upper Alton that was more rapidly expanding. Their Upper Alton pottery was located near the northeast corner of Amelia Street and Broadway (today’s Washington Ave.).  By the 1850’s, this pottery was continued by C. J. Merrill and Follett, pipe manufacturers. By 1874, Merrill and Sons made vitrified stoneware and roofing tile at this site. (Mounce, Walthall, McGuire: Checklist of Illinois Potters and Potteries;  1989: p. 14).

Robert Harrison owned numerous sections of property within Upper Alton and Middleton. Having originally potted near Edwardsville on Cahokia Creek 1820 to 1823, Harrison produced coarse earthenware and redware pottery at Upper Alton from 1824 to 1830 (Peck, 1831: p. 298). In 1830 he relocated to Scott County and established the first kiln at Winchester. Shortly afterwards he sold his Winchester operation to George Ebey and returned to Upper Alton.
William Heath relocated and operated a pottery in White Hall, Greene County, Illinois, 1825 to 1833. A major milestone in the Illinois pottery industry occurred at the Heath kiln in 1833 when John Neff Ebey fired the first “genuine salt glazed stoneware in the state.” (Mounce, Walthall, McGuire 1988: 1-2).
In the 1866 Alton City Directory, Mrs. William Pinkard is listed home north side of 3rd Street, indicating her husband had passed away prior to 1866. Also noteworthy, is that the Methodist Episcopal Church was organized in Upper Alton in 1817. Within the first class organized in 1818, Mrs. William G. Pinkard is listed as the charter member. It may be deduced this early Illinois pottery of Heath and Pinkard produced predominantly redware. Mrs. Albert Wilson of Alton, Illinois, a direct descendant of Amelia “Millie” Pinkard, and of William Heath and Nathiel Pinkard’s son, William Pinkard, contacted the author in 1996. Mrs. Wilson confirmed Amelia Street in the village of Salu was named for William Pinkard’s daughter, Amelia “Millie” Pinkard, and confirmed the actual pottery location of Amelia Street and Broadway (today’s Washington Avenue).
Sherron Logan’s extensive archival research of the Warnack and Randle families of early Alton securely connects early potters William Heath to Robert Harrison, and Robert Harrison to the Warnack, Lohnes, and Randle families through marriages and their migrations from Tennessee. As found with Antony Ulrich and John Wietfeld, some farmed as their primary livelihood and potted as a sideline. When the demand for utilitarian stoneware grew, a shift from farming to potting occurred to satisfy the great need of local and surrounding settlements in Madison and St. Clair County and of those directly across the river. Born was the evolving handcraft of the traditional Upper Alton “pottery man” during the first half of the Nineteenth Century. Aside the factual and theoretical information that has surfaced about the major Nineteenth Century pottery center of Alton,  a small portion of the real picture can only be envisioned.  Paramount is  this vicinity of Upper Alton and the village of Salu provided  the much needed abundant supply of excellent quality potters clay and developing boom community.

Join us today !
MEMBERSHIP
It's Fast and Simple 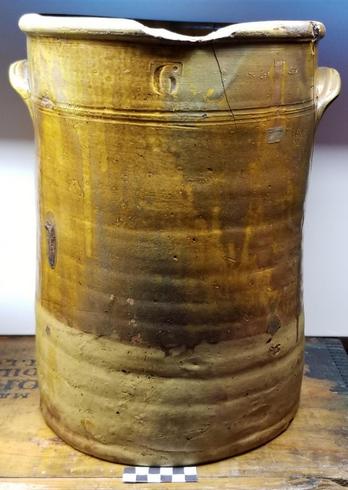 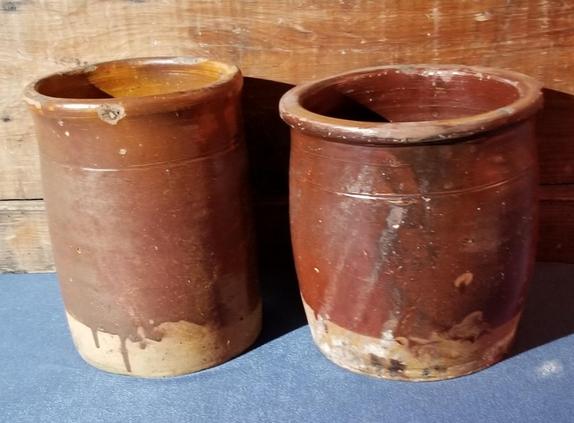 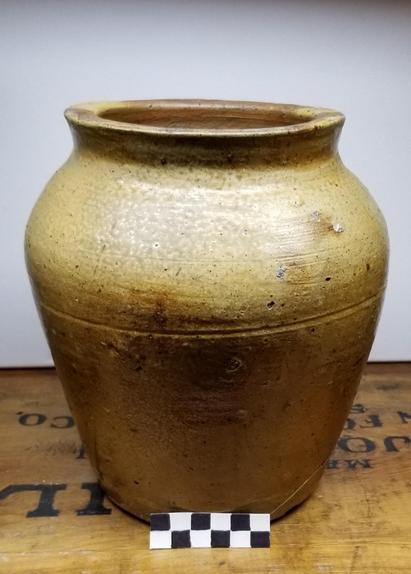