In 1867 John Kirkpatrick and Alfred Slater left the Vermillionville  Pottery  and  moved   to  Massac  County, Illinois.  Here along the Mississippi River at Metropolis they built a pottery.  John Kirkpatrick’s sister Mary Jane  Kirkpatrick married Alfred Slater at Vermillionville in 1844. The two families formed the Kirkpatrick “Metropolis Pottery.” (Gums,  Mounce, Mansberger, 1997). The pottery venture was first operated by John W. Kirkpatrick in 1867, who sold it to Nathaniel Shick and Alfred Slater, evolving into the Slater & Shick  Metropolis Pottery.   Shick became sole  proprietor, when Mr. Slater died in 1870. On January 1, 1897, W.H. Roberts took charge of the pottery  with Walter McCawley  partnering with him on Nov. 8, 1898. This now became the operation of “Roberts & McCawley,”  and later, L.P. Stalcup succeeded Mr. Roberts.  At all times the manufactory   was found producing   the finest quality of hand-made jugs, crocks, flower-pots, churns, and vessels  to be found in the area. (Biographical Review of Johnson, Massac, Pope and Hardin Counties, Illinois., 1893,” Biographical Publishing Company, 1893).
Nathaniel Shick  came to Union County by 1860 from Pennsylvania. He was married to Mary Vance, daughter of Cpt. Alexander Vance of Cincinnati, Ohio.  Other Alexander Vance daughters were married to Cornwall and Wallace. Cornwall was first married to Rebecca Vance, living at Covington, having three children. Rebecca died in 1848 and then Cornwall married her sister, Amy Vance. Cornwall and Amy moved to Point Pleasant, to Cincinnati, to Mound City, and on to Anna. They also had five children. Wallace Kirkpatrick married Amy’s sister Martha and they resided in Anna. Wallace and Martha had three children.  A fourth  Alexander Vance daughter Mary was married in Cincinnati to potting associate Nathaniel Shick. She died  at a young age in 1865 at Metropolis and Shick soon married  the young daughter of Alfred Slater, Lela. Remarkably, Shick previously the brother-in-law of Alfred Slater and Mary Jane (Kirkpatrick) Slater , became the new husband of Lela and their new son-in-law. (Gums, Mounce, Mansberger, 1997).
Cpt. Vance’s four daughters  and the Vance family were a significant  part of the Kirkpatrick family and the potteries. The Kirkpatricks, Shicks, and Slaters, were related by marriage. Not much is documented on  John Kirkpatrick after 1870. He is believed to have removed to Missouri and to Denton County, Texas, and on to California. Having firsthand knowledge of the craft of Cornwall and Wallace, John was certainly well familiar with the Anna Pottery operation. John likely immigrated to Texas and had an influence on nineteen century Texas ceramics. He “possibly” had a bearing on the Texarkana Pottery about pig flasks and snake decorated jugs.

Advertisement in The Promulgator, June 4, 1870, Metropolis, Illinois: “A general assortment of every variety of Ware always on hand. Orders solicited and  filled at the lowest rates.”

Join our
MEMBERSHIP
It's Fast and Simple 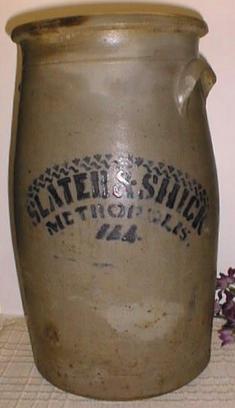 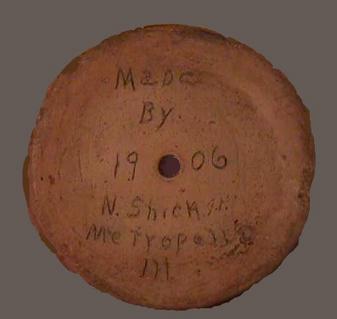 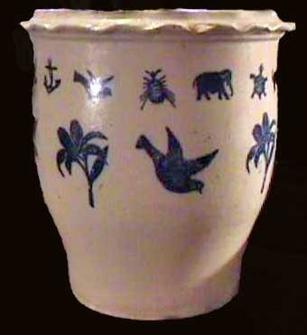 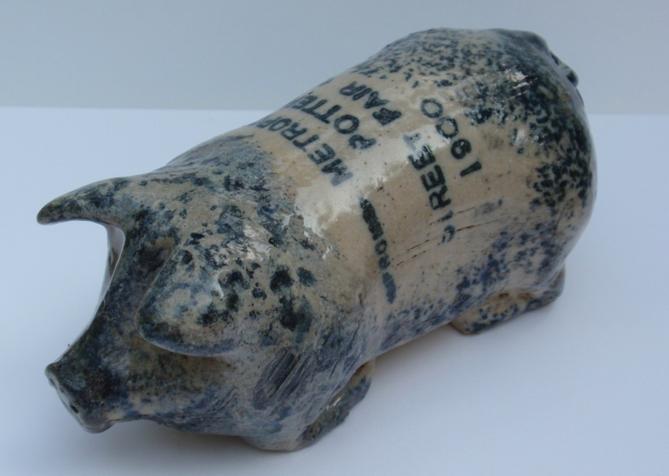 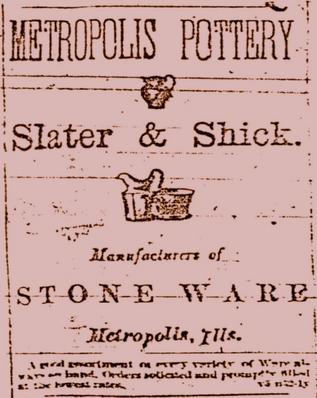 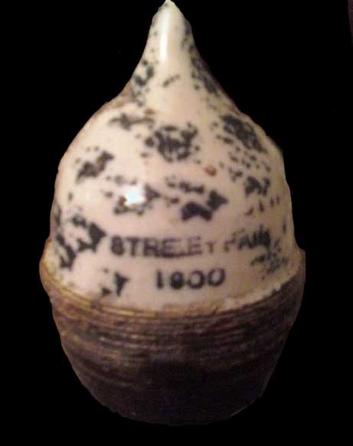